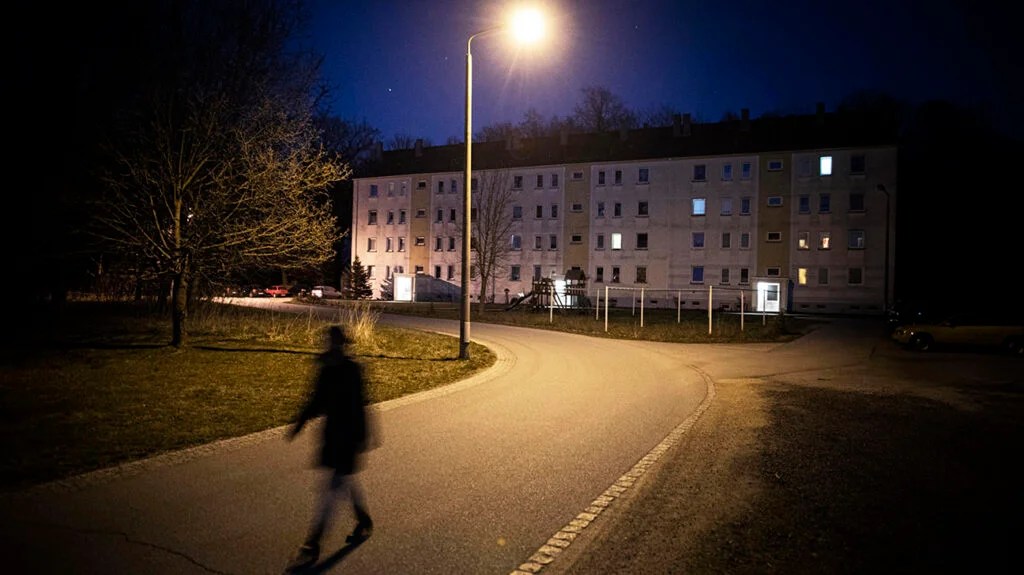 Diabetes affects about 422 million people around the world, with about 95% of the cases of type 2 diabetes.

Now, researchers from the Shanghai Jiaotong University School of Medicine in China add to this list of modifiable diabetes risk factors, after finding a correlation between increased diabetes risk and exposure to outdoor artificial light at night (LAN).

This study was recently published in Diabetologia, the journal of the European Association for the Study of Diabetes.

What is artificial LAN?

Outdoor artificial LAN is part of the global problem of light pollution. This is the combined amount of light seen at night from lighted signs outside of businesses, street lamps, parking lot lights, vehicle headlights, lights outside of homes, and other outdoor lights.

The World Atlas of Night Sky Brightness shows what the amount of light pollution looks like at night around the world. About 80% of the world’s population and more than 99% of those living in the United States and Europe live in areas with light pollution.

Light pollution from artificial LAN makes it difficult for people to view the stars and other celestial bodies. It can also disrupt the natural ecosystem by negatively affecting bird migratory patterns, plant growth, and some animals’ abilities to either hunt or hide at night.

According to Dr. Yu Xu, a researcher at the Shanghai Institute of Endocrine and Metabolic Diseases at Ruijin Hospital at Shanghai Jiaotong University School of Medicine in Shanghai, China, and the lead author of this study, the team decided to study the effect of artificial LAN as the prevalence of diabetes in China has increased continuously during the past decades.

“The identification of unconventional and novel risk factors of diabetes can aid in the prevention of the disease. Environmental risk factors and the impact of their exposure on cardiometabolic diseases have received increasing attention recently,” she explained to Medical News Today.

“The effects of light exposure at night on diabetes have implications for those living in modern societies where indoor and outdoor nighttime light exposure is common. If a causal relationship between light-at-night exposure and diabetes can be established, inventions can be delivered to reduce LAN exposure in order to prevent diabetes.”
— Dr. Yu Xu

When asked how artificial LAN could affect a person’s risk of developing diabetes, Dr. Xu said there have been studies that examined the adverse effects of exposure to light at night.

“It was reported that acute exposure to LAN can alter the profile of hormones such as melatonin and corticosterone. In addition, LAN exposure might alter clock gene expression in the hypothalamic circadian clock and also gene expression in peripheral organs. These physiological changes might contribute to the disturbances of glucose metabolism,” she explained.

Artificial light as a risk factor

For this study, researchers used data from over 98,000 adults participating in the China Noncommunicable Disease Surveillance Study. Scientists assigned each participant in the study an average artificial LAN exposure level based on data from the U.S. Defense Meteorological Satellite Program (DMSP) and grouped them into one of five groups based on how much light pollution they were exposed to.

Upon analysis, researchers found people in the highest artificial LAN exposure group had a 28% increased risk of diabetes compared to the lowest exposure group.

“Initially, we were a bit surprised by the large increase in (diabetes) risk because we considered the effects of artificial LAN would be relatively small compared with risk factors such as obesity,” Dr. Xu said.

Medical News Today also spoke with Dr. David W. Lam, medical director for the Clinical Diabetes Institute at Mount Sinai, about this study. He said this study raises interesting associations and areas for further investigation that could lead to another focus of intervention in risk factor modification.

“Diabetes is a global epidemic, and in the context of diabetes prevention, clinicians consider risk factor modification,” he explained.

“[When it comes to diabetes] we often think about what can be controlled by the individual. Patients cannot modify their age, family history, or race/ethnicity, but can work on lowering body weight, increasing physical activity levels, and changing dietary choices. On a public health level, programs and initiatives are often geared toward addressing those same modifiable risk factors.”
— Dr. David W. Lam

Dr. Lam added although the study is impressive for the size of the population studied, the study authors acknowledge the limitations of using satellite imagery as a proxy for individual exposure.

More research will also need to be carried out in other countries to understand if the findings for artificial light are similar for different ethnic groups.

“Next steps for this research would be establishing a direct relationship between the satellite imagery information quantification with individual exposure, further exploring the mechanism in which LAN exposure could be a risk factor, and ultimately, studying if decreasing LAN exposure can modify the disruptions in glucose metabolism and mitigate the increased risk of developing diabetes,” he said.

Tensing your muscles can be key to a good afternoon nap, research says