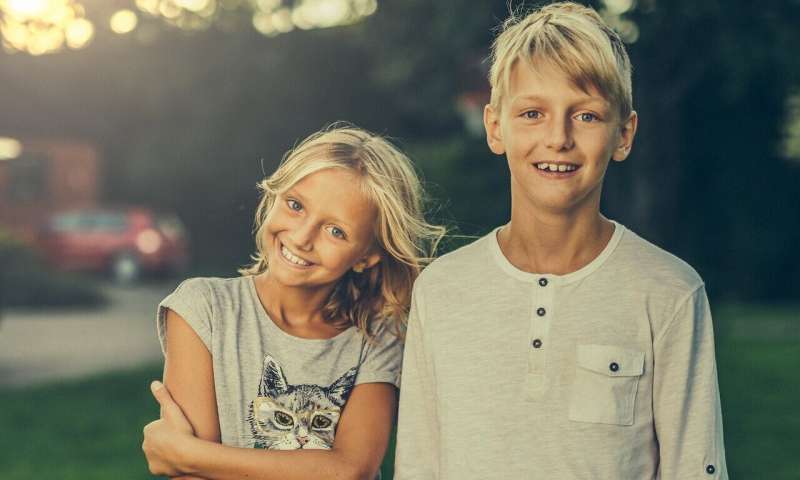 Children who hold seemingly positive, “benevolent” views about women are also likely to hold negative ones, a team of psychology researchers has found. Their results also show differences between boys and girls in how these views change over time: “hostile” sexist perceptions decline for both boys and girls as they get older, but “benevolent” sexist ones diminish only for girls.

“It might seem cute when a boy acts in chivalrous ways toward girls, or when a girl pretends to be a princess who’s waiting for a prince to rescue her,” says Andrei Cimpian, an associate professor in New York University’s Department of Psychology and one of the authors of the study, which appears in the journal Sex Roles. “Many times, this is just play, with no deeper meaning. But other times, these behaviors—even though they may seem inoffensive—might signal that children view women in a negative light, as weak, incompetent, and unable to survive or thrive without a man’s help.”

“It is encouraging to note that this work also reveals how these attitudes evolve with age for boys and girls, albeit unevenly,” adds first author Matthew Hammond, a senior lecturer in the School of Psychology at New Zealand’s Victoria University of Wellington.

Many understand the term “sexism” to refer to overtly negative attitudes toward women, Cimpian and Hammond observe. These could include perceptions that women are weak, incompetent, or overly emotional. However, they note, there’s another aspect of sexism that is often overlooked—what researchers, notably Susan Fiske and Peter Glick, call “benevolent sexism.” This consists of attitudes that may appear positive, but that are still undermining of and patronizing toward women—for instance, that women should be warm, caring, pure, and deserve to be put on a pedestal.

Previous studies have shown that adults who hold sexist views that are hostile also possess ones that are benevolent. But less clear is whether or not children also simultaneously hold these perceptions—and whether or not these views change through childhood.

To address this, the researchers looked at the attitudes of more than 200 children, aged 5 to 11, in two locations: New York City and Urbana-Champaign, Ill. They were asked if a series of statements were “right” or “wrong.” The statements included both benevolent views (e.g., “Men need to protect women from danger”) and hostile ones (e.g., “Women get more upset than men about small things”).

In analyzing children’s agreement and disagreement with these statements, the researchers found that children gave statistically distinct patterns of responses to the statements expressing hostile and benevolent views about women. Importantly, however, they also found an association between these types of views, meaning that if a child agreed with a hostile statement, then he or she was also likely to agree with a benevolent one.

“This is something we did not know before about young children’s gender attitudes,” observes Cimpian.

“Boys may be less likely to recognize that their benevolent attitudes toward women are, in fact, patronizing,” Cimpian suggests. “For instance, they may hold on to the belief that men ought to protect women because this view is in line with social norms and may be reinforced throughout their upbringing.”

The study’s authors see current circumstances as a chance to address concerns the study’s findings raise.

What processed foods actually do to your heart