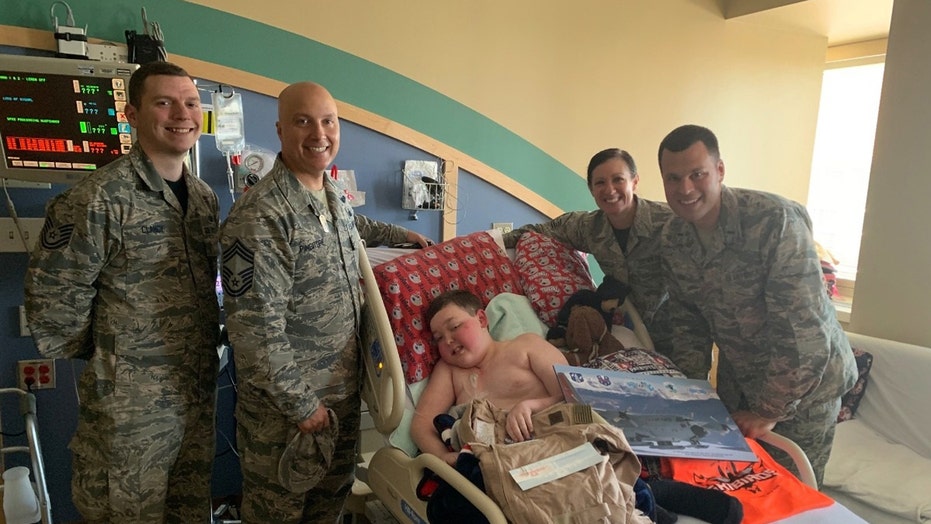 The family of a young boy from New York who was diagnosed earlier this year with a rare and terminal brain cancer is asking members of the military, law enforcement, EMS and firefighting communities to send along “patches and prayers” as he continues his difficult battle.

John Francis Hoague-Rivette, 11, was diagnosed in May with a grade 3 Glioma tumor on his brain stem after experiencing months of mysterious symptoms, which began with difficulty walking, talking and eating and soon escalated into seizures-like episodes that would last for nearly an hour.

COLLEGE STUDENT PRAYS OVER FLORIDA COP IN LOCAL RESTAURANT: ‘HE WAS ON FIRE FOR GOD’

John was first admitted to the Albany Medical Center in March where he underwent a series of scans. After a failed treatment for what doctors believed was an imbalance with his antibodies causing inflammation in the cerebellum, John’s health began to rapidly decline. 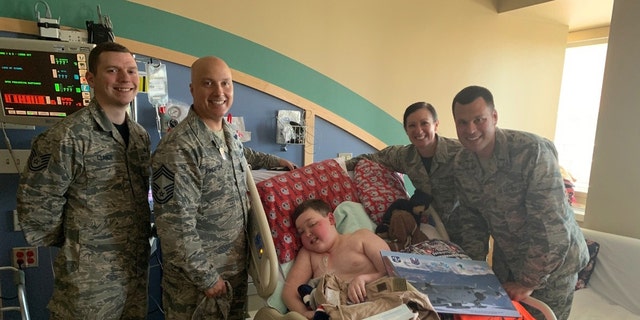 John Francis Hoague-Rivette, 11, was diagnosed in May with a grade 3 Glioma tumor on his brain stem after experiencing months of mysteriosus symptoms.
(GoFundMe)

A scan of his brain in April revealed that there was a mass where doctors initially thought there was inflammation. Follow up scans revealed several more masses. Eventually, John’s family was told the devastating news — that their son has a rare and aggressive cancer.

Since receiving multiple treatments and undergoing several hours-long surgeries, John has returned to his home in Whitehall, New York, where he has entered hospice care.

As he continues to struggle with his breathing, his appetite and his pain levels, there is one thing his family says brings him peace. 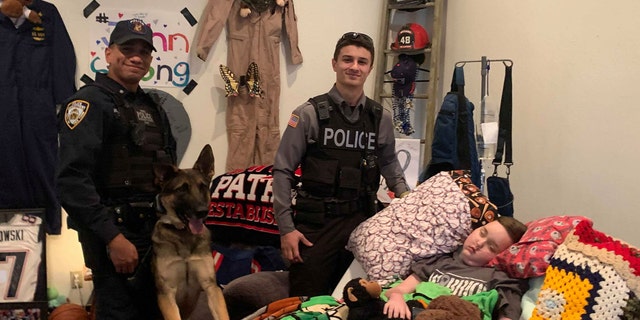 John was named an honorary captain of the Washington County Sheriff’s Department in June and as a result, he received an outpouring of support from his local law enforcement community. Since then, firefighters, EMS and members of the military have joined in reaching out to John.

A GoFundMe campaign set up by John’s aunt has asked for “patches and prayers” as his family told Fox News, it’s the only thing he seems to be responding to lately.

Carrie Rivette, John’s mom, told Fox News that her son has a connection with these communities.

“John’s great-grandpa served in World War II, his papa was in the Navy and a firefighter, [his] dad and grandfather are Marines and his dad is a police officer,” she said, adding that his uncles also served in the Air Force and are members of their local fire and EMS community. 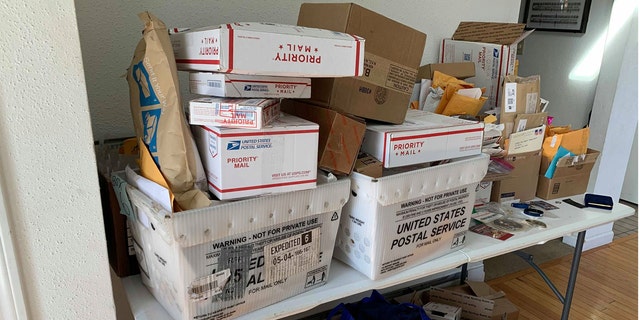 “He grew up knowing that police, firemen, EMTs and military members were a part of something bigger than themselves. He respects them and admired them.”

Rivette says her son holds the coins and letters he’s received daily and they help to put a smile on his face on the most challenging days. 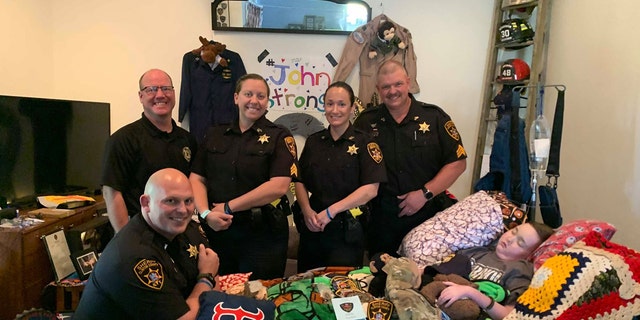 “He is still fighting and being super strong,” she said.

Since asking, John’s mom said he’s received “too many items to count.”

John has received something from nearly every state except Idaho, Montana, Oregon, Rhode Island, South Dakota, Wisconsin and Wyoming. He has even gotten a letter from Sen. Tom Cotton, R-Ark, although Carrie said the coin that was sent with the letter was lost in the mail. 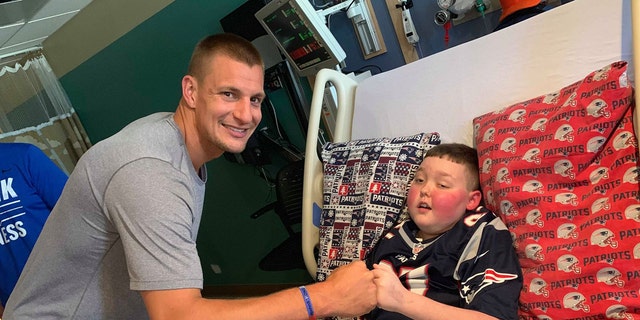 John has even received several visitors this week.

Anyone that wishes to send John coins, patches and pins can send them “Captain” John Francis Hoague-Rivette at PO Box 6, Whitehall, NY 12887.