Breast implants linked to cancer and once commonly used in the UK have been taken off the market.

French authorities have banned the sale of Allergan’s Natrelle textured implants by refusing to renew their safety approval for use in France and Europe.

Although the official guidance does not refer to cancer, there are growing concerns in the industry about links to anaplastic large cell lymphoma (ALCL).

Experts have urged women not to panic and said there’s no need to remove the implants from patients who have already had them put in.

Up to 99 per cent of women in the UK with implants are believed to have textured ones, but it is not known how many have the affected brand. 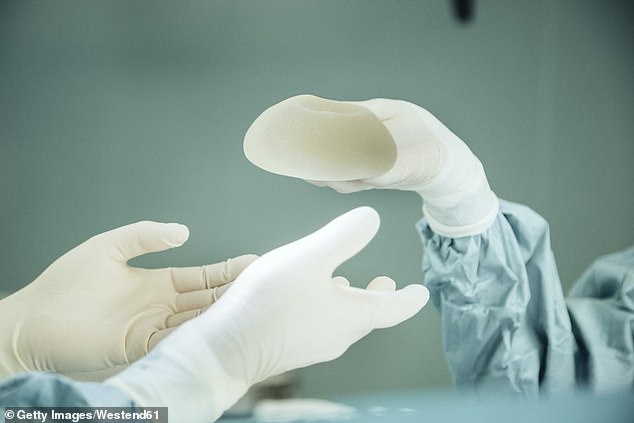 A popular type of textured breast implant made by the company Allergan has had its safety approval withdrawn by French authorities, who have banned it from being sold in Europe (stock image) 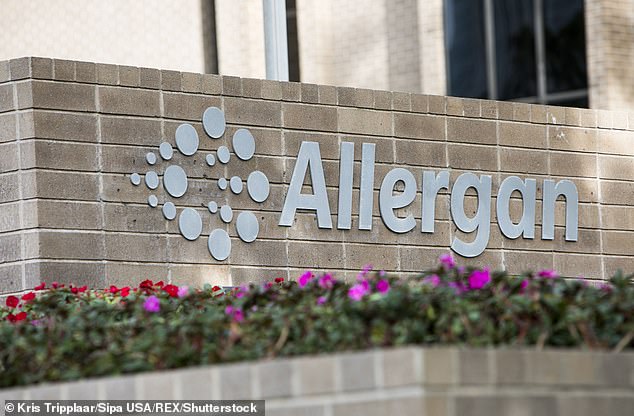 The implants being recalled are made by Allergan, which is thought to make most of the textured implants used in the UK – and the ‘majority’ of women with implants have textured ones

The risk of surgery is higher than that of developing the rare but treatable type of cancer, said Paul Harris, president of the British Association of Plastic Surgeons.

Allergan’s implants may have had a market share as high as 50 per cent in the UK 10 years ago, The Guardian reported.

The BAAPS has today advised its members to stop using the implants.

Mr Harris said in a statement: ‘The news … will be a cause for understandable concern for many patients, particularly those who have implants currently in place.

‘It is important however to recognise that this is a precautionary step taken by the regulators whilst the link between breast implant surface and BIA-ALCL becomes clear.

‘We advise any patients with new symptoms such as swelling or pain to contact their implant surgeon for specific advice.

‘Otherwise they should make a routine appointment when available to discuss their concerns.’

A statement from the country’s National Agency for the Safety of Medicines and Health Products (ANSM) confirmed yesterday the products’ CE mark (European Conformity) was removed on Monday.

WHAT WAS THE PIP SCANDAL?

French company Poly Implant Prothese (PIP), which is now out of business, was found to have made silicon breast implants using silicon intended for mattresses, not for medical use.

PIP implants were withdrawn from use in the UK in 2010, but by it is estimated 47,000 woman had the implants before this happened.

20,000 women sued the company responsible for testing the implants – TUV Rheinland – and were awarded £2,600 each.

PIP implants are not though to pose any serious health risk, but are two to six times more likely to rupture.

If they rupture they should be removed because they can become misshapen and cause pain, swelling and enlarged lymph nodes in the armpit.

The NHS does not recommend women having PIP implants removed unless they are problematic – women can discuss the implants with their surgeon if they are concerned.

Most PIP implants were used in private clinics and hospitals, but a small number were given in NHS operations for women who had breast cancer surgery.

Surgeons will no longer be allowed to use the implants and those being held in medical clinics must be sent back to the manufacturer, the ANSM said.

It said: ‘From now on, these medical devices can no longer be marketed in France and in Europe.

‘ANSM today asked Allergan to recall products in stock at all health facilities.’

The ANSM had, in November, recommended surgeons stick to using smooth implants while experts considered the safety implications of textured ones.

A committee of the French organisation will meet in February to make its final decision on whether the implants will be allowed again.

The statement added: ‘At this stage, the ANSM has not identified any immediate risk for the health of women carrying the implants concerned.

‘ANSM reminds that women with breast implants should be monitored annually.’

Concerns around the safety of the implants has grown in recent years as women have been diagnosed with a condition called BIA-ALCL – breast implant associated-anaplastic large cell lymphoma.

Allergan’s Biocell implants are thought to have the highest risk of the cancer, according to the Association of Breast Surgery, with as many as 1 in 3,817 patients developing it.

Among most patients the condition is confined to the area containing the implant and removal is a successful treatment.

Marc Pacifico, BAAPS council member and plastic surgeon added: ‘The majority of patients in the UK with breast implants will have textured surface implants in their breasts.

‘According to all the latest scientific data these remain safe devices and there is no indication for any woman to consider removing or replacing their implants.

‘Patients should continue with any planned follow-up they have arranged.’

Debbie Grokes, a 38-year-old mother of two, had textured implants put in to replace her previous ones made by the now-infamous PIP brand.

After the PIP scandal broke and a woman was confirmed to have died of a cancer associated with the implants, she worried her implants would make her ill, too.

So when offered free replacements by the surgeon who had done her first operation, Mrs Grokes said yes. 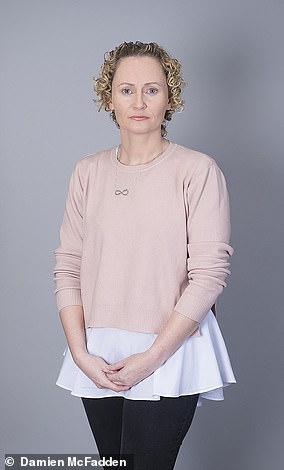 Debbie Grokes, a mother of two from Billericay, Essex, developed cancer after having textured implants put in after her PIP ones were removed

‘I was told the replacement implants were made by a company called Allergan,’ she said. ‘The new, coarser-textured implants were put in in May 2012 and the PIP ones were removed.

‘At first, everything was fine. Then, in the summer of 2016, my left breast started to swell when we were on holiday in Ibiza.’

Unable to contact the company which had put the implants in, Mrs Grokes went to hospital where they drained the fluid and found no signs of infection.

She said her breast repeatedly swelled up and an NHS doctor told her she would need the implant removed privately – which she desperately wanted but could not afford.

After numerous tests both private and NHS, she was eventually diagnosed with anaplastic large cell lymphoma – a rare form of cancer in the immune system – in July 2017, around a year after her problems began.

‘The next day I was referred for a scan to see if it had spread,’ she said. ‘Which it hadn’t, but I couldn’t wait to get the implants out. I’m married, I’ve got children — my life was at risk.’

With financial help from her uncle she stumped up £4,700 to have the implants removed privately because of ‘long NHS waiting times’, and had chemotherapy to prevent the cancer coming back.

Mrs Grokes added: ‘I’m clear of the cancer and well now, and I’m fine about how I look. I don’t care about the size of my breasts — I’m happy without implants.’

Study: Can will people soon be 200 years old? 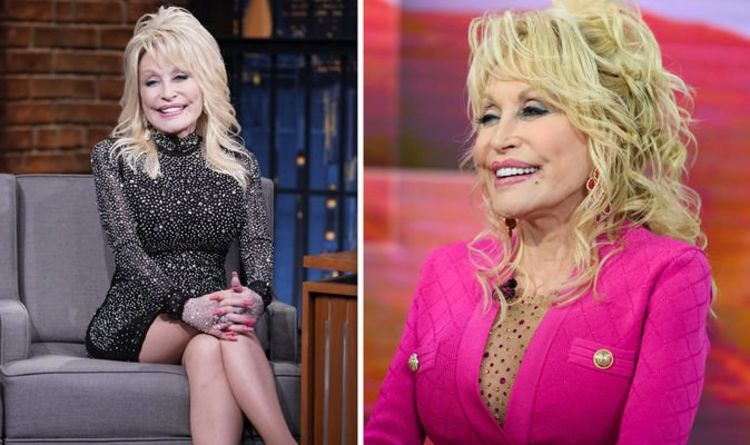 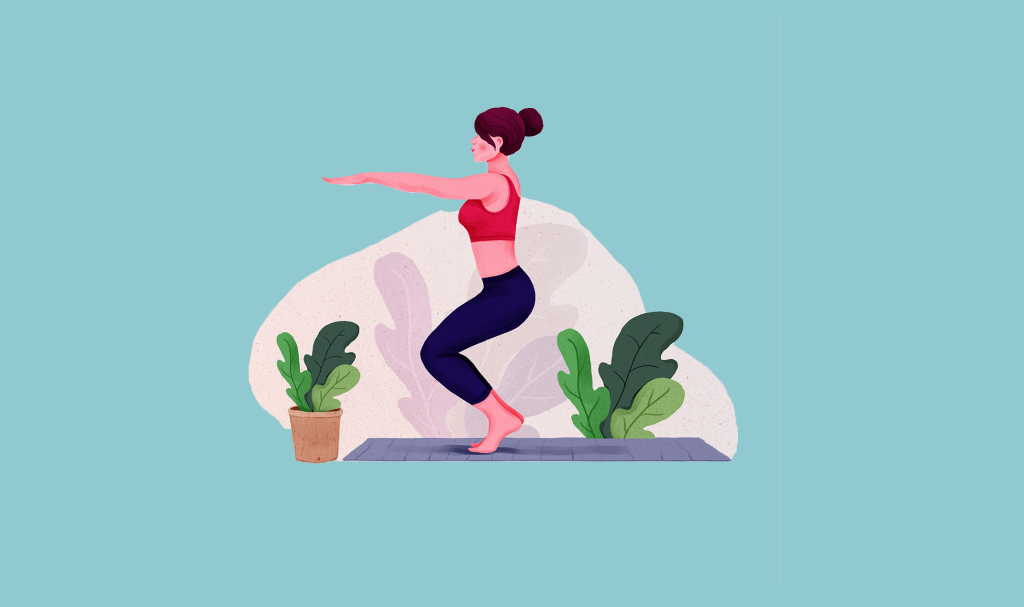 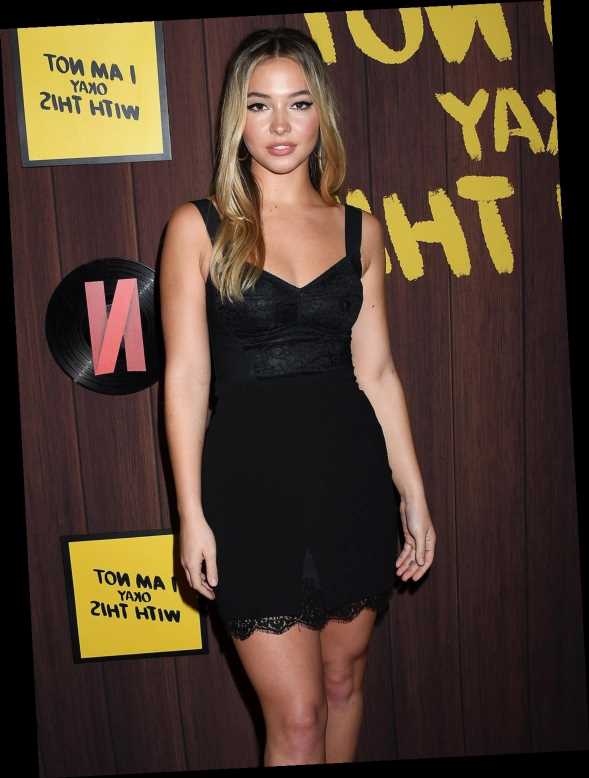 Outer Banks’ Madelyn Cline Reveals She Used to Have an Eating Disorder: ‘I Was Harming Myself’
Medications
Medications