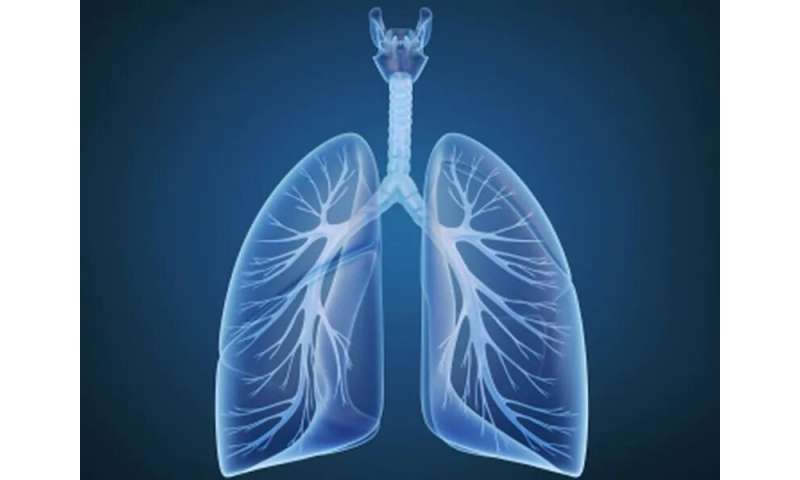 (HealthDay)—For patients with non-small cell lung cancer (NSCLC) with programmed death ligand 1 (PD-L1) expression, treatment with atezolizumab results in longer overall survival than chemotherapy, according to a study published in the Oct. 1 issue of the New England Journal of Medicine.

Roy S. Herbst, M.D., Ph.D., from the Yale School of Medicine in New Haven, Connecticut, and colleagues conducted a randomized trial involving 572 patients with metastatic nonsquamous or squamous NSCLC who had not received chemotherapy and who had PD-L1 expression. Patients were randomly assigned to receive either atezolizumab or chemotherapy in a 1:1 ratio.

The researchers found that in the 205 patients with EGFR and ALK wild-type tumors who had the highest PD-L1 expression, median overall survival was longer in the atezolizumab group than the chemotherapy group (20.2 versus 13.1 months; hazard ratio for death, 0.59). Adverse events occurred in 90.2 and 94.7 percent of patients in the atezolizumab and chemotherapy groups, respectively, among all those who could be evaluated for safety; grade 3 and 4 adverse events occurred in 30.1 and 52.5 percent, respectively. In subgroups with a high blood-based tumor mutational burden, overall and progression-free survival favored the atezolizumab group.

“We found that atezolizumab monotherapy resulted in longer overall survival than platinum-based combination chemotherapy among patients with previously untreated metastatic NSCLC with high expression of PD-L1,” the authors write.

Lost your sense of smell or taste? Help researchers uncover connections between chemical senses and COVID-19