Arthritis is one of the most common long-term medical conditions in the UK, with more than 10 million people affected. If you’ve been diagnosed with arthritis, you might want to consider changing your lifestyle to reduce your symptoms – including what you eat.

Most people in the UK have osteoarthritis, according to the NHS.

The condition is caused by the smooth cartilage between joints being worn down.

Rheumatoid arthritis, meanwhile, affects about 400,000 people in the UK. 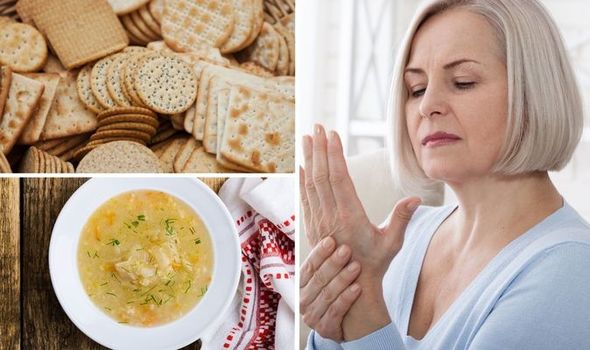 Dietary changes could help to reduce inflammation in some patients, according to dietitian Jillian Kubala.

You’ll need to combine your diet swaps with a regular workout routine, however.

While some foods are beneficial for relieving arthritis symptoms, others could actually make symptoms worse.

Everyone should limit the amount of sugar in their diet – especially from foods like sweets, ice cream and cake.

But if you’ve already been diagnosed with arthritis, you might find your symptoms getting worse if you’re eating lots of sugar, the dietitian claimed.

“You should limit your sugar intake no matter what, but especially if you have arthritis,” she wrote for medical website Healthline. “Added sugars are found in candy, soda, ice cream, and numerous other foods, including less obvious items like barbecue sauce.

“A study in 217 people with rheumatoid arthritis noted that among 20 foods, sugar-sweetened soda and desserts were the most frequently reported to worsen symptoms.” 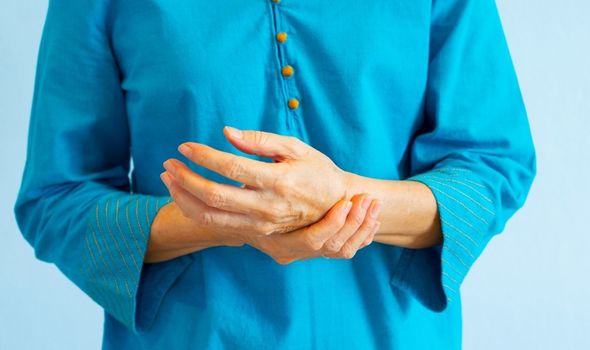 Gluten is a type of protein that’s commonly found in foods containing wheat, barley and rye.

The protein has been linked to inflammation, which is one of the key causes behind arthritis.

These foods include bread, pasta, biscuits, cakes, and pastries.

“Although these findings are promising, more research is needed to confirm whether a gluten-free diet alone benefits people with arthritis,” said Kubala.

Foods that contain added salt are all around us; including processed meats, some cheeses, and tinned soup.

“Interestingly, researchers have suggested that high sodium intake may be a risk factor for autoimmune diseases like inflammatory arthritis,” said the dietitian.

Everyone should avoid eating more than a teaspoonful of salt in a single day, according to the NHS.

About 80% of parents know little to nothing about CBD products, survey says

JOHN NAISH: We should lift lockdown to prepare for winter second wave