Home » Health News » Are you a morning or an evening person? It might be due to your gut bacteria 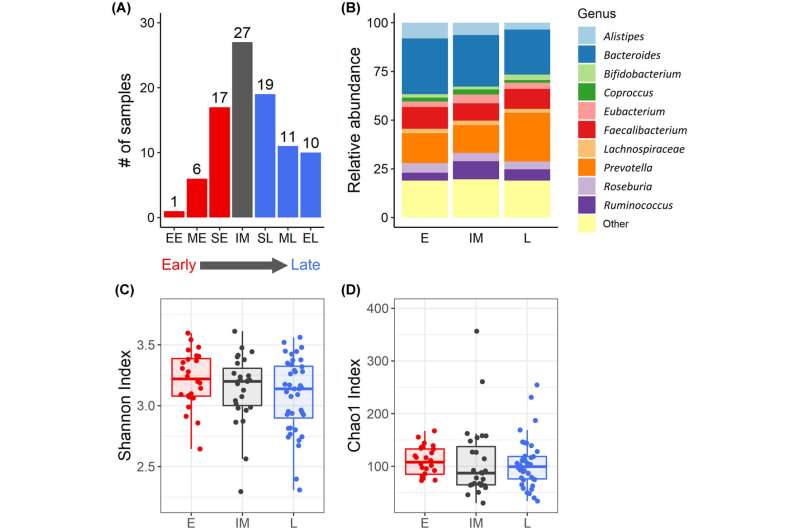 A comprehensive screen of gut bacteria composition identifies specific bacterial groups that differ between the early risers and late sleepers.

Many of us can be easily classified as morning or evening people. Morning type people tend to get up early and are generally more alert in the morning—for this reason, they are called “larks.” Evening “owls” on the other hand, tend to be more alert in the evening, they are able sleep late in the morning, and they prefer activities later in the day. This diurnal preference has a major impact on our sleep pattern, physiology, health and psychology.

A new study headed by Prof. Tamar Shochat and Prof. Eran Tauber of the University of Haifa, along with Prof. Naama Geva-Zatorsky from the Technion, reveals that certain gut bacteria differ between morning and evening people. “It is already known that there are some genetic differences between larks and owls, but research in fruit flies in our laboratory inspired us to test the impact of gut bacteria on human chronotypes,” says Prof. Eran Tauber.

Fecal samples were collected from 91 individuals in order to extract and sequence the bacterial DNA. Analysis of the DNA sequences from each sample allowed identification of all gut bacterial species and quantify their abundance. The chronotype of the participants was determined based on their self-reported sleep times during the weekend (waking up without an alarm clock).

Comparison of the gut bacteria in larks vs. owls revealed two major bacterial groups whose abundance differed between the chronotypes. The researchers also compared the diet of the different chronotype groups and found that high fiber foods (fruits, vegetables) and drinking water were prominent in diets of larks, while simple sugar and high protein (and sugary drinks) were associated with owls. This difference may underlie the distinction in the gut bacterial communities.

When does the green monster of jealousy awake in people?