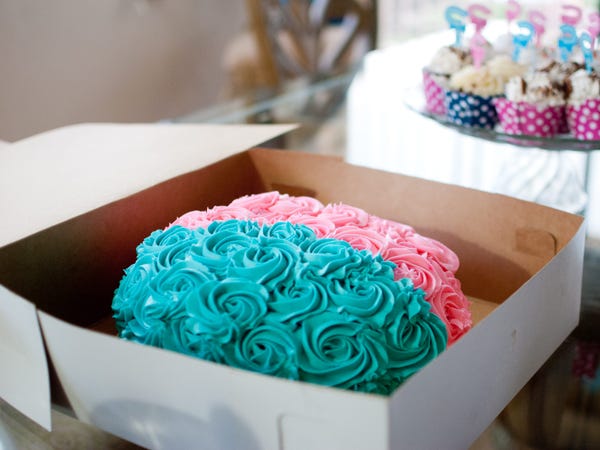 But when Cressotti held the cartridge incorrectly, it shot powder (blue, it's a boy) directly into his crotch. A viral video of the event captured him on the ground, writhing in pain.

"Well, this is off to a great start," Cressotti told Insider of how he reacted after the initial jolt hit him.

It wasn't just the positioning of the cartridge that wasn't ideal. The timing wasn't great, either. Just as the family's story was gaining traction  — the video got more than 750,000 views — a much more devastating gender reveal party took place.

In early September, in San Bernardino County, California, a device a family used for a gender reveal party sparked a wildfire, which spread to more than 14,000 acres.

At that point,  the woman who invented the gender reveal concept quickly came out against the parties, and urged people not to host them. Some commenters confused the two stories and accused Cressotti of causing the wildfires in California.

"That would be very hard from Massachusetts," he said.

Before all of this, Cressotti wasn't preoccupied with the gender of the baby, he said. He was happy to be able to celebrate. The Cressottis had tried for several years to get pregnant."I just want a healthy, happy kid," he said.

His 4-year-old, Ella, has opinions, though.

"My daughter wanted a brother," her dad said, "so he wouldn't play with all her toys."

Mouth cancer symptoms: Have you had this ‘persistent’ problem in your mouth? Warning sign