PARIS — Parfums Christian Dior can say its roses are green. Its jasmine and tuberose, too.

“Everything starts at Dior with the earth, the soil, the quality of what we do,” said Laurent Kleitman, president and chief executive officer of the house. “So the work we have done here, starting from this vision of Dior himself, was to make sure that we could really get the best possible ingredients for the perfumes or skin care that we could ever dream of.”

“That will become one of the biggest rose gardens ever done for Dior, with 50,000 plants,” said Kleitman, adding they will be grown using sustainable, certified agricultural practices. “We do that not only in France, but in other places.”

Those include Italy for iris and Madagascar for mimosa.

In Paris, Parfums Christian Dior is focusing on restoring and replanting la Petite Provence area in the Jardin des Tuileries — a garden Dior himself loved.

At the Château de Versailles, the house has financed the planting of 600 rose bushes, including Granville roses, in the Queen’s Grove this spring.

Dior has been a Union for Ethical Biotrade member since this month, and aims to have all of its gardens fully certified by the association by 2024.

“This is the beginning of the journey,” Kleitman said.

In a wide-ranging interview, the executive outlined some of Dior’s other sustainability initiatives, which are part of an ongoing program.

“Whether you speak about conservation, the link with nature — with flowers, or even the role we play at a social or cultural level, it has always been part of the DNA of the house,” he said. “It’s absolutely authentic to what Dior stands for, since 1947. We are putting forward his legacy to the world.”

Kleitman noted a striking parallel between the state of the world that year — soon after World War II ended — and today, as the coronavirus pandemic ebbs and life slowly reverts to some normalcy.

Kleitman said at the time, Dior hoped to change society — improve social conditions, not least for women, believing they should be center stage.

“Women have always been at the center of the Dior maison,” said Kleitman, explaining the designer surrounded himself with many strong-willed women at work, such as Raymonde Zehnacker, Marguerite Carré and Mizza Bricard, and he had two at home: his mother and sister. “Mr. Dior was [a feminist] — before even the word was ever created.”

The house has always partnered with strong women, such as Marlene Dietrich and Ava Gardner in the past or Isabelle Adjani, Sharon Stone, Charlize Theron and Natalie Portman more recently.

“It was just the continuity of what Mr. Dior inspired us to do,” Kleitman said. “This is a commitment to a strong femininity, an un-stereotyped femininity.”

Then there’s the most concrete embodiment of the house’s sustainability initiatives: its products’ eco-design.

“Here again you might say: ‘You’re doing things now because it’s the fashion,’” Kleitman said. “No — because the first lipstick conceived by Mr. Dior in 1953 was already refillable, the first ever in the ’50s.”

The blockbuster lipstick Rouge Dior has been refillable since 2020. Premium skin care, such as L’Or de Vie, has refillable jars, while the iconic men’s scent Sauvage comes in a refillable bottle, as well. Its refills are in aluminum, which is recyclable. 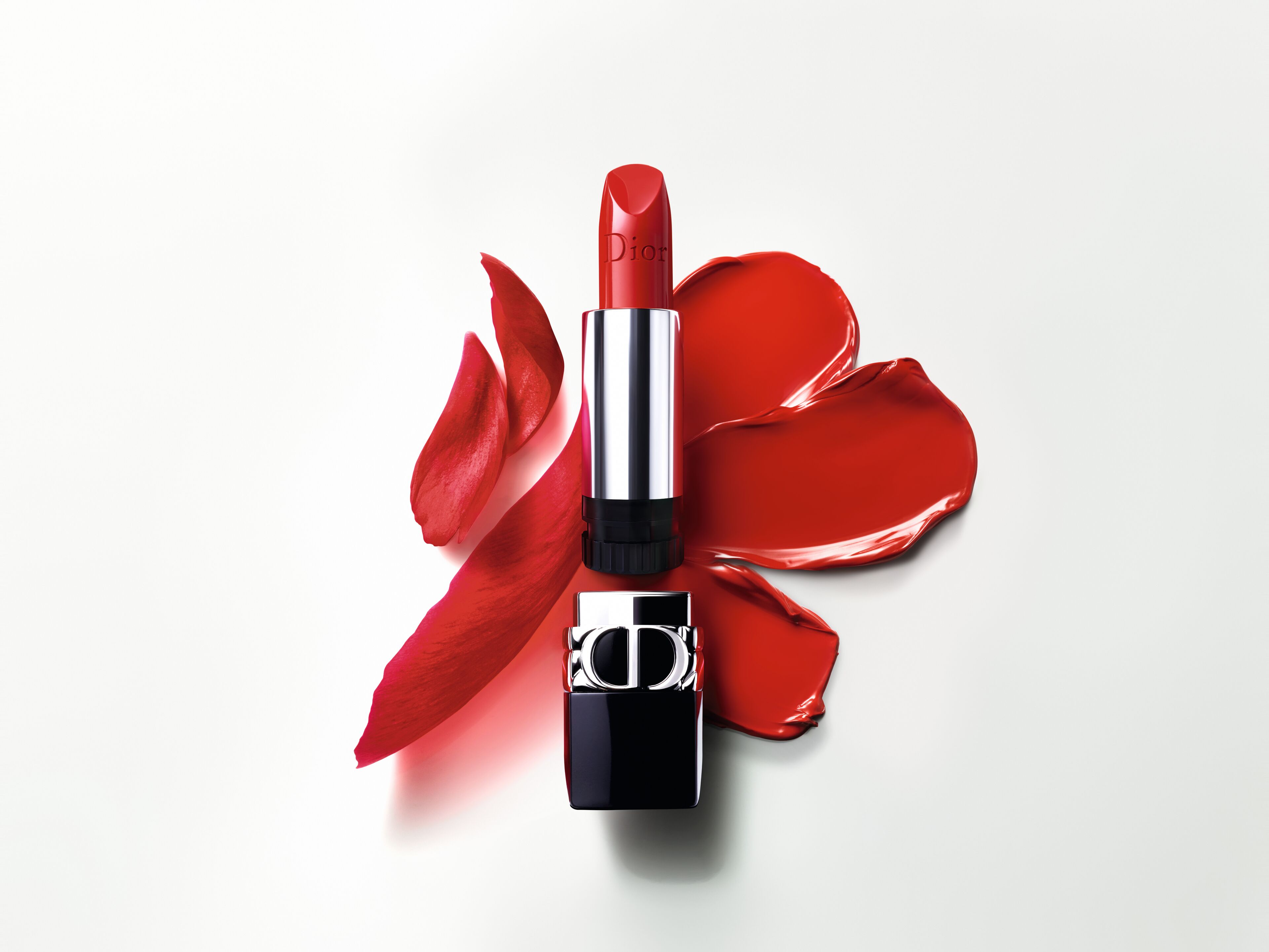 This year, Parfums Christian Dior’s refillable products and their refills are expected to make up 24 percent of the units the brand sells.

Dior’s couture gift box will be made wholly of recycled paper by July, and online, people will be able to choose fully recycled packaging that’s 46 percent lighter than that in store.

The majority of Parfums Christian Dior’s 144 freestanding boutiques have low-energy LED lighting, while four in France have been powered by green electricity since 2017.

“The house of Dior is thinking about sustainability, right from the design stage, on everything we do,” Kleitman said.

It views art through the lens of cultural responsibility, too. Dior the designer had been a gallerist and art collector, and worked closely with artisans. Parfums Christian Dior remains true to that tradition.

At the Petit Palais museum’s garden in September, the house will sponsor an exhibition of works by French sculptor Jean-Michel Othoniel.

Parfums Christian Dior is also forging links with young artists in its quest to relay knowledge. In 2020, it established a chair at the Beaux-Arts de Paris, so students can learn how to integrate art into gardens through a program called “Inhabiting the Landscape — Where Art Meets the Living World.”

At the close of the academic year, one artist is granted the Dior la Colle Noire Award, and the person’s project will be on display in the gardens of the Château de La Colle Noire, Dior’s house in the south of France.

“We would like to have a role in rising up a new generation of artists and not just work with well-established ones,” Kleitman said.

They are also discreetly meant to sync with Dior’s own belief. He said: “By being natural and sincere, one often can create revolutions without having sought them.”

A Changing of the Guard at Parfums Christian Dior

Inside the 2021 Fragrance Foundation Awards

Steve Stoute, John Demsey on Being Agents of Change